Dodi Battaglia was born into a musical family: his father played violin, his grandfather played piano and his uncle played guitar. At age five he was given an accordion—and three hours later, he was able to play it.
Before he learned to read and write, Dodi learned to read music. He studied the accordion for nine years, playing tangos and waltzes. But at age 13 he was dazzled by the electric guitar, especially the music of The Shadows. After six months of in-depth study of this new instrument, he started giving private lessons to other boys his age. His guitar influences included the Beatles, Jimi Hendrix, Chicago, the Bee Gees, Chick Corea, Al Di Meola, Pat Metheny and John McLaughlin.
He started to play in many Bologna-area bands, and in 1967 he met Valerio Negrini. In 1968 (at 17) Dodi made his official debut with the Pooh (they had just recorded “Piccola Katy”) replacing not one, but two guitarists: Mauro Bertoli and Mario Goretti. Very shy, at first he only wanted to play guitar, but started to sing (in his own distinctive voice) with the song “Tanta voglia di lei.” As a guitarist, he received many prizes. The first was from the Stern magazine, which named him “Best European Guitarist” after a German tour.
Fender produced a limited edition signature model guitar for Dodi in the mid-90s, and subsequently Australian guitar maker Maton made a signature acoustic guitar for him. Dodi is an avid collector, and has about 50 vintage guitars.
Dodi recorded two solo albums: “Più in alto che c’è?!” in 1986 (the lyrics of the title track written by Vasco Rossi) and the instrumental “D’assolo” in 2003 (soon to be released also in Brasil, Spain, Australia and France). He has collaborated, among others, with Vasco Rossi (on the songs “Una canzone per te”, “Va bene va bene” and “Tofee”), Gino Paoli, Enrico Ruggeri, Raf, Mia Martini and Al Di Meola. Dodi has also played in the group “Adelmo e i suoi Sorapis”, which included Zucchero, Maurizio Vandelli and Umbi (Nomadi), as well as arranger Fio Zanotti (who worked on the Pooh album “Ascolta”) and producer Michele Torpedine.

“In this amp I’ve found the ‘plug and play’ characteristics I’ve always looked for” says Dodi. “Also, I’ve never seen so much satisfaction from all the soundmen I work with worldwide.” 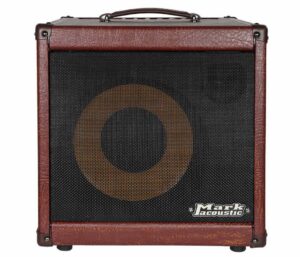