Michael League is a 3-time Grammy Award-winning musician based out of Brooklyn, New York. He is the creator and bandleader of instrumental music ensemble Snarky Puppy and world music group Bokanté, co-owner of Atlantic Sound Studios, and founder of the record label and music curation source GroundUP Music.

As a child of a military family, he was born in southern California and grew up in both Alabama and northern Virginia. Michael attended the University of North Texas' jazz studies program for 4 years, then moved to nearby Dallas for another 3 years, where he worked with some of the most influential figures in modern gospel, R&B, and soul music, and was mentored by legendary keyboardist Bernard Wright (Miles Davis, Chaka Khan) before moving to Brooklyn, New York, in 2009.
Michael runs the instrumental music ensemble Snarky Puppy, whose grass-roots approach to the changing music industry has met major critical and commercial success, as well as two Grammy awards in three years. The first was with Lalah Hathaway on Family Dinner - Volume One for “Best R&B Performance” in 2014, and the second in 2016 for “Best Contemporary Instrumental Album” with the Metropole Orkest on Sylva, a 60-minute suite of music written by Michael for the 64-piece ensemble. They have been on the cover of both Jazz Times and Downbeat magazines, the feature story in the Sunday Arts section of the New York Times, voted “Best Jazz Group” in the 2015 Downbeat Reader’s Poll, voted “Best New Artist” and “Best Electric/Jazz-Rock/Contemporary Group/Artist” in the 2014 Jazz Times Reader’s Poll, and called “one of the most versatile groups on the planet” by Rolling Stone. The band, independent since its inception in 2004, has performed over 1200 times on six continents.

Aside from leading Snarky Puppy, Michael maintains a heavy schedule in multiple capacities. As a bassist and guitarist, he has worked with a diverse range of artists in pop (David Crosby, Laura Mvula, Lalah Hathaway), gospel (Kirk Franklin, Walter Hawkins, Marvin Sapp, Israel Houghton), jazz (Ari Hoenig, Wayne Krantz, Chris Potter, Lionel Loueke), and world (Salif Keïta, Carlos Malta, Väsen, Susana Baca) music.
He is currently producing solo albums for David Crosby and Salif Keïta, as well as seven new independent artists. Michael’s efforts as a bandleader and bassist earned him a chapter in the Random House release "The New Face of Jazz" alongside the likes of Wynton Marsalis and Sonny Rollins, as well as the cover spot on the August 2014 issue of Bass Player Magazine, the largest bass publication in the world.

Seeking to capitalize on the music-hungry, audiophile fanbase that developed around Snarky Puppy, Michael launched the imprint GroundUP Music under the umbrella of indy label Ropeadope Records in 2011. He immediately signed eight new, unknown artists including Banda Magda, Bill Laurance, and the Funky Knuckles. With the growth of the label, GroundUP went fully independent in 2016 and accumulated a roster of both well-known and upcoming acts in an ambitious year of over a dozen releases. Michael brokered a unique partnership with Universal Music in which GroundUP and its artists retain complete creative independence while working with the distribution giant to do what it does best- promote and make music easily available worldwide.

Due to an intense travel schedule, Michael has been without a physical address for the last two years. He will be moving back to Brooklyn in the fall of 2016 to open the new incarnation of Atlantic Sound Studios, a full-production recording space set to be the center of the GroundUP audio and video community. In addition to being a commercial public studio, it will also be used as the setting for a new online video lessons initiative beginning with specialized tutorials from each individual member of Snarky Puppy.

Michael is passionately committed to music education and outreach, having given clinics and masterclasses at over 200 schools around the world. He is active as a guest speaker in international music business panels and works regularly with non-profit organizations in an effort to better serve the community at large through the arts.

“I've played a lot of gigs that require one nice, supportive bass sound all night—Snarky Puppy is not one of them," says Michael.  "I have to have clarity, beef, natural warmth, the versatility to handle ambitious effect choices, and the power and depth to support a deep, resonant keybass. I thought it was impossible to find a rig that could do it all without compromise, until now. Not to mention the fact that the people at Markbass really care about music, and sound. I spent 2 hours on the phone with them as they helped craft the perfect combination of gear for what I needed. Now, I can't imagine playing anything else.”

Michael has partnered with Marco De Virgiliis and Markbass team to develop a signature amp and cab with classic tone and impeccable sonic integrity.

"As bassists, we all know that good tone starts in our hands. But once we start seeking out the gear to best amplify it, we have almost unlimited options for our sound. Between our choices of instrument, strings, and cabinet, it can get a bit overwhelming. Marco and I wanted to create an amplifier that makes things simple, one that makes you feel at home with an old-school versatility that can suit practically any genre of music. The great amps of the past have all share the same qualities: rich and deep lows, a warm and punchy midrange, and the ability to get a great sound the second you plug in. The Markbass CASA has all of these. Out of curiosity, I ran a blind listening test for four professionals- two recording engineers and two musicians, using five different amplifiers and over a dozen different basses. On almost every single pass, the Markbass CASA was unanimously chosen alongside the classic amps as the favorite sound for each instrument." —Michael League—

Markbass top-artist Michael League has released the first single off of his debut solo album with an accompanying music video.

Markbass top-artist MICHAEL LEAGUE from Snarky Puppy has partnered with Marco De Virgiliis and Markbass team to develop a signature amp and cab with classic tone and impeccable sonic integrity.

It’s the third Grammy for Snarky Puppy... this time they won for their latest album “Culcha Vulcha” in the Best Contemporary Instrumental Album category.

It’s the third Grammy for Snarky Puppy... this time they won for their latest album “Culcha Vulcha” in the Best Contemporary Instrumental Album category.

On Tuesday, September 20, 2016 Markbass top-artist MICHAEL LEAGUE will have a free clinic-masterclass at Markbass factory in San Giovanni Teatino (CH), Italy. SOLD OUT!!! For who will be not able to attend LIVESTREAM of the lesson on Markbass fb page www.facebook.com/markbassamps

Markbass is proud to support, together with our friends at F Bass, a 6 day Ultimate Bass Camp (Mount Orford, Quebec, Canada - August 16-21) with our top-artist Michael League of Snarky Puppy. 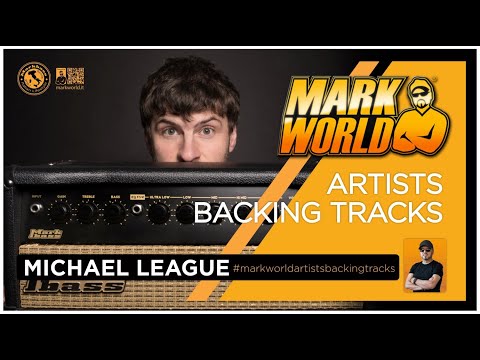 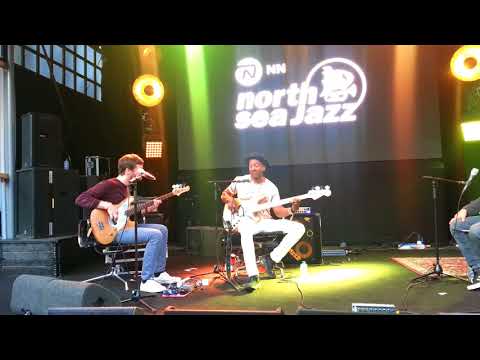 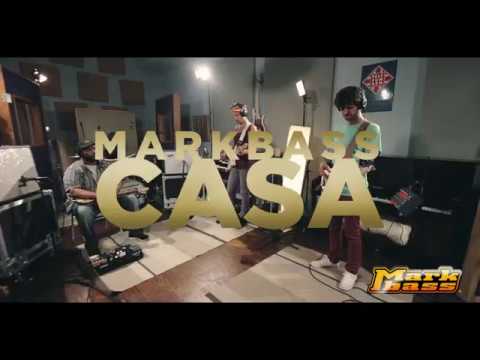 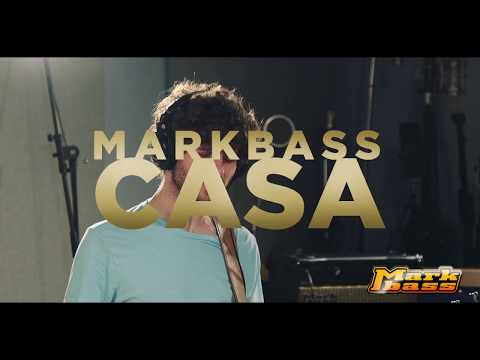 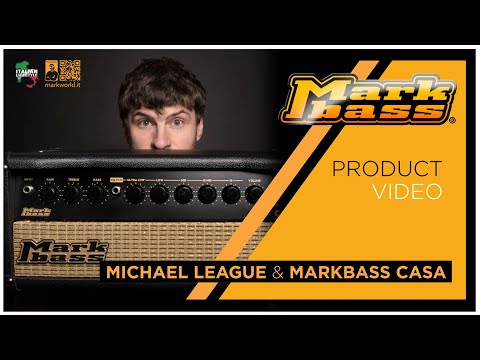 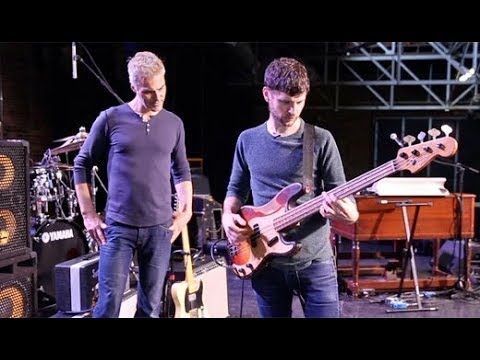 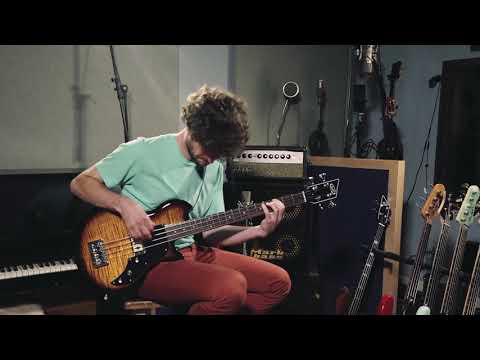 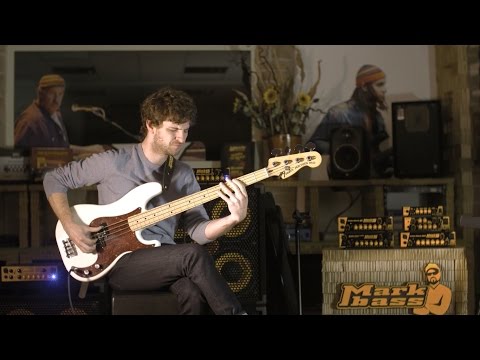 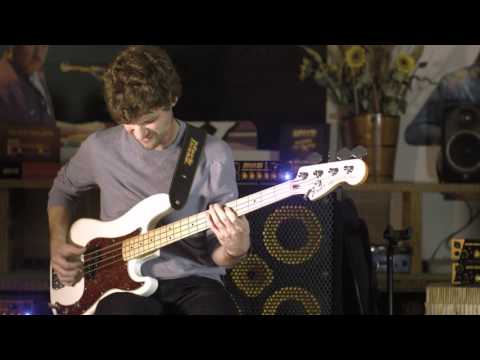 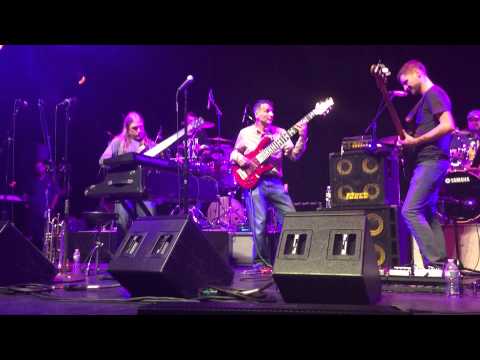 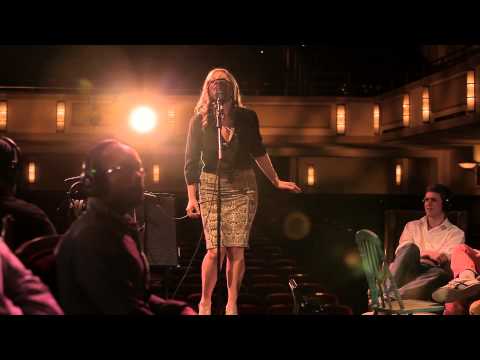 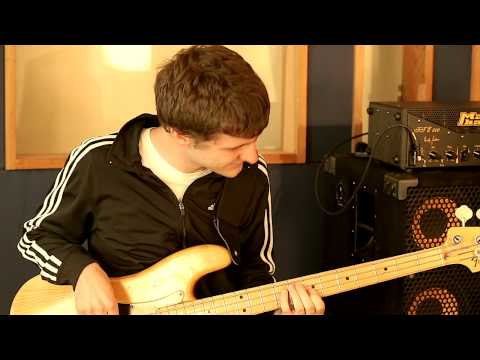 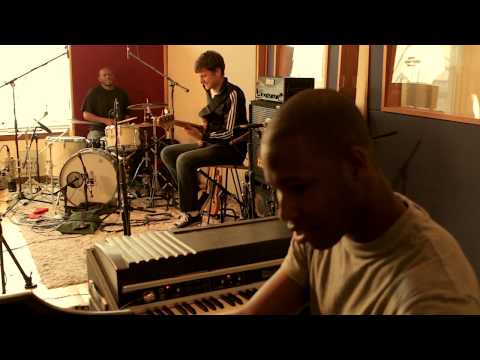