Steve Walters grew up in Wallington, a southeastern village of London. He started piano lessons at five and guitar at eight years old. While dancing at a party with his parents, he was approached by bass legend Phil Chen to take a private guitar lesson. This sparked Steve's imagination into the world of bass guitar at nine years of age.

While in school, Steve played music as well as international basketball, which earned him a scholarship at the New York Institute of Technology. It was there that his interest in bass guitar led him to meet and study bass with Jaco Pastorius. He then returned to London to practice fourteen hours a day for two years.

Steve's first international duty was a combined services entertainment (C.S.E) tour of the Falklands and Ascension Islands. He has played for kings and queens, world leaders, and the rich and famous across the globe.

Steve programmed for Beverley Knights tours and recorded both her and Marti Pellows' shows while playing for both artists. He just completed a year long tour with George Michael throughout Europe, playing to over one million people.

Walters is now back in Ireland writing and composing an album and other music projects. He is looking forward to playing and writing with Irish artists in Ireland.

Steve says, "I've spent years trying to emulate the nuances and character of my favourite bass players. When I plugged into Markbass, I discovered a sound... I'd never heard myself play before. I love the flexibility I have now. Thank you Markbass!" 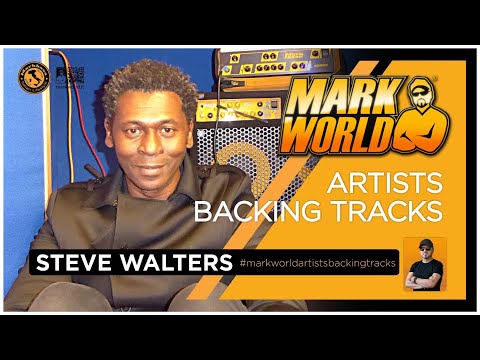