Nibbs Carter is the bassist for legendary British heavy metal band Saxon, and appears on thirteen of their albums.

Timothy 'Nibbs' Carter is the bassist for legendary British heavy metal band Saxon. He is the most enduring bass player in Saxon history, appearing on thirteen of their albums.

Nibbs joined Fastway in 1987 and played on their 1988 release, On Target. He joined Saxon the same year, replacing Paul Johnson, who left during the Destiny tour. Due to his young age (at that time he was 22) and dynamic stage presence, he became adored by Saxon fans. He made his recording debut with two live albums, Rock 'n' Roll Gypsies (1989) and Greatest Hits Live (1990). Eleven studio albums followed.

When asked about Markbass, Nibbs says: "I love the clear trueness of whatever noise I choose to pump through this setup. My roadie loves it, the sound guy loves it, the band loves it. Enough said!"

"Hello there! Just a Little Something to keep me happy 'til I get back to my Big Markbass Rig!  The MicroMark 801 Tiny-Box-BIG-Ass-kicker! I Love it!"

''The Compressore helps to get my aggression translated into power and clarity during Saxon's Wilder moments! And when subtle dynamics come along, every nuance of the Bass is enhanced. Grazie Markbass... It's TripSonic!''
Nibbs 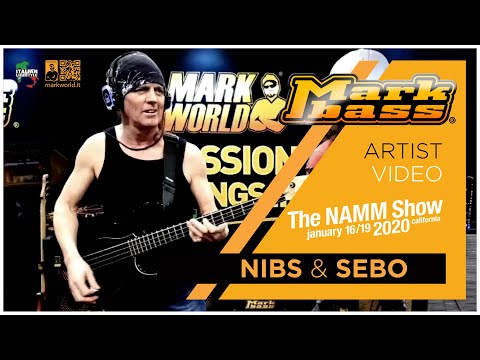