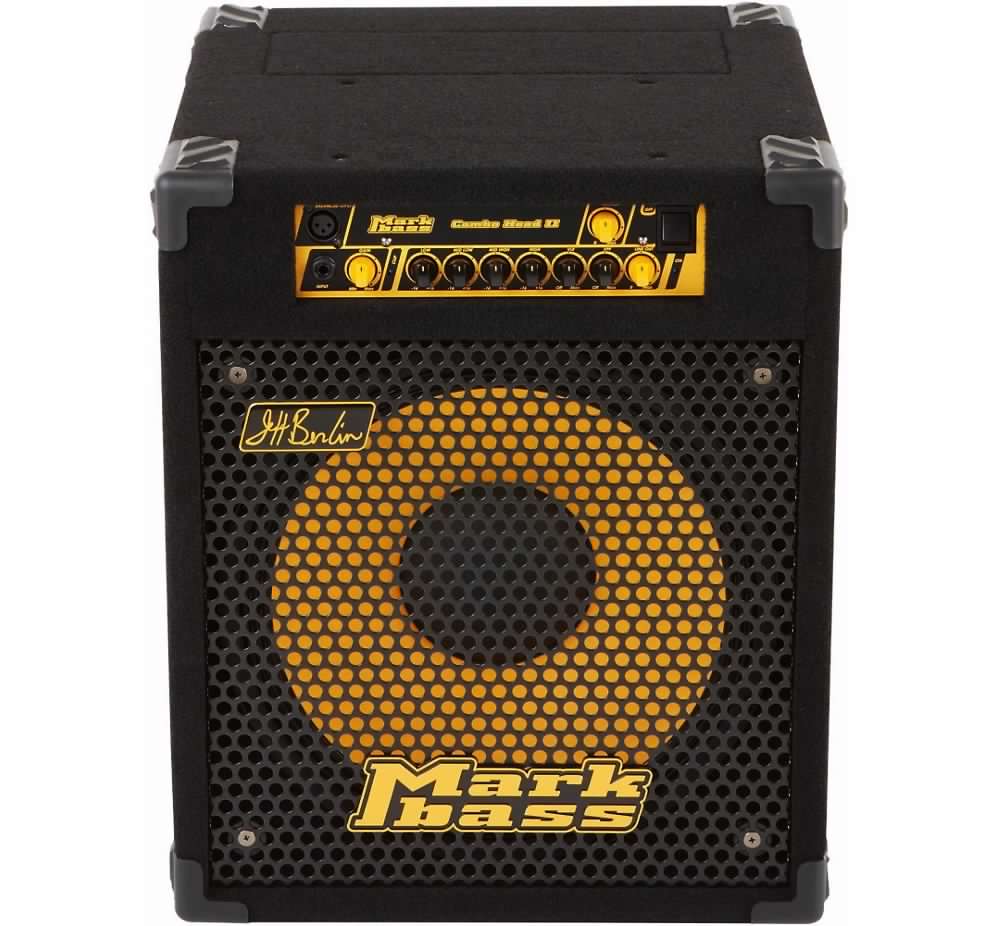 Jeff Berlin’s signature combo has top-quality 15” tone and no tweeter. Easily upgrades to a 500W rig with the addition of a New York 151 cabinet.

Markbass top-artist Jeff Berlin has finally found the tone he's been searching for. And although we can't guarantee that Jeff's Signature Combo will make you sound like him, it will definitely make you sound more like you!

"I was offered an endorsement with every amp company there is at some time or other. But as a bass player I only function at the level of tone, which was something that I personally couldn't find in any amp for many years. Everyone builds great equipment, but, without that one all-important addition (in my opinon) which is great tone.

Markbass sent me a 15 inch bass cabinet that simply changed my musical life in a moment. I so fell in love with the sound of this amp that Marco De Virgiliis, the head of Markbass, named it the Jeff Berlin combo and sells it worldwide. It is a standard produced cabinet except that I asked that the tweeter be removed from this line as I really hate the tweeter sound."

“This weekend, I played for Markbass in Los Angeles and something totally new happened to me. I was on-stage and when I was playing, the bass tone seemed to be even better than I have ever heard it before. It was as if something special was added into my “Jeff Berlin Combo” amps. But, what was the thing that was new? After the performance was over, I suddenly realized that I never touched any of tone knobs on the amplifiers like I always do. The amps sounded this good and I never even made any tone adjustments. My God! These are the best bass amps ever built.”
Jeff Berlin

POWER REQUIREMENT: 100/120V; 230V; 240V  50/60Hz (Voltage is factory preset according to region of sale)Markbass amps/combos are manufactured to be sold and used in the country of purchase, and they are factory preset to that country’s voltage. Due to homologation issues, the voltage may not be changed.